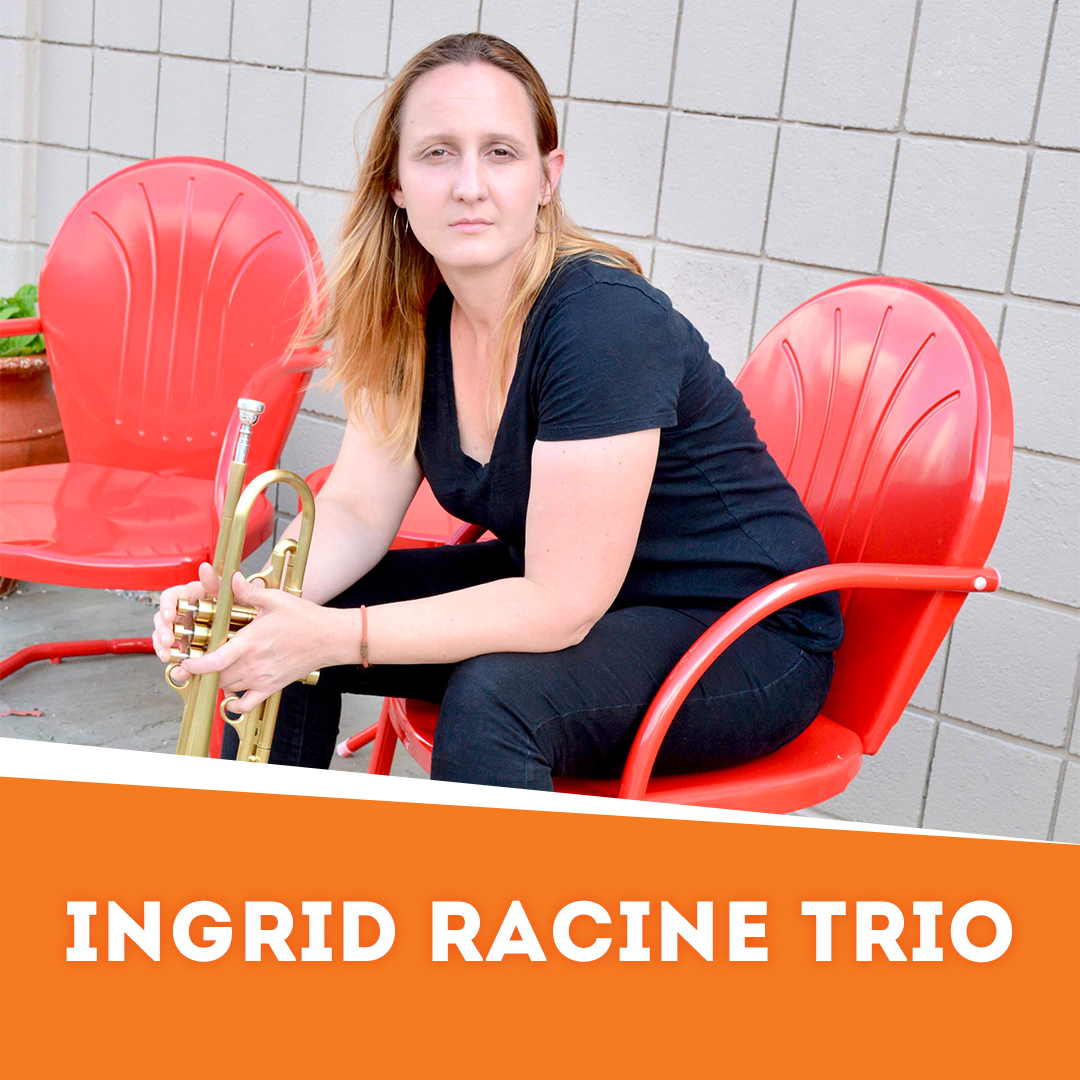 Trumpeter Ingrid Racine Trio spurns stylistic, generational and geographic boundaries in pursuit of her own authentic sound as an improviser and composer. Steeped in the traditions of early jazz and Detroit hard bop, she also melds rock, hip hop and aesthetic influences from across the globe to arrive at a unique voice, which is both confident and versatile. In the words of jazz critic Michael G Nastos, “She is a little on the funk side of jazz, but can swing as hard as she needs to…”

Born in Ann Arbor, Michigan, Ingrid received a BFA in Jazz Studies and MM in Improvisation from the University of Michigan, where she studied improvisation with Donald Walden, Geri Allen, Marion Hayden, and applied trumpet with Bill Lucas and Ingrid Jensen. By her early 20s, she was playing professionally all over Michigan with an eclectic array of ensembles, including  the early jazz group Phil Ogilvie’s Rhythm Kings, Senegalese kora virtuoso Mady Kouyate, and the Detroit-based all female jazz group Straight Ahead, in addition to steady sideman work in local small jazz groups.  She toured nationally and internationally with the post-afrobeat group NOMO from 2003-2009, including performances at WOMEX (Sevilla, Spain), opening for Earth, Wind & Fire at Aspen Jazz Festival, Bonnaroo Music Festival, Bumbershoot (Seattle) and Pitchfork Festival. In 2016, Ingrid released her debut record as a bandleader, entitled “Concentric Circles,” and she currently maintains an active schedule as both a sideman and leader throughout the midwest.