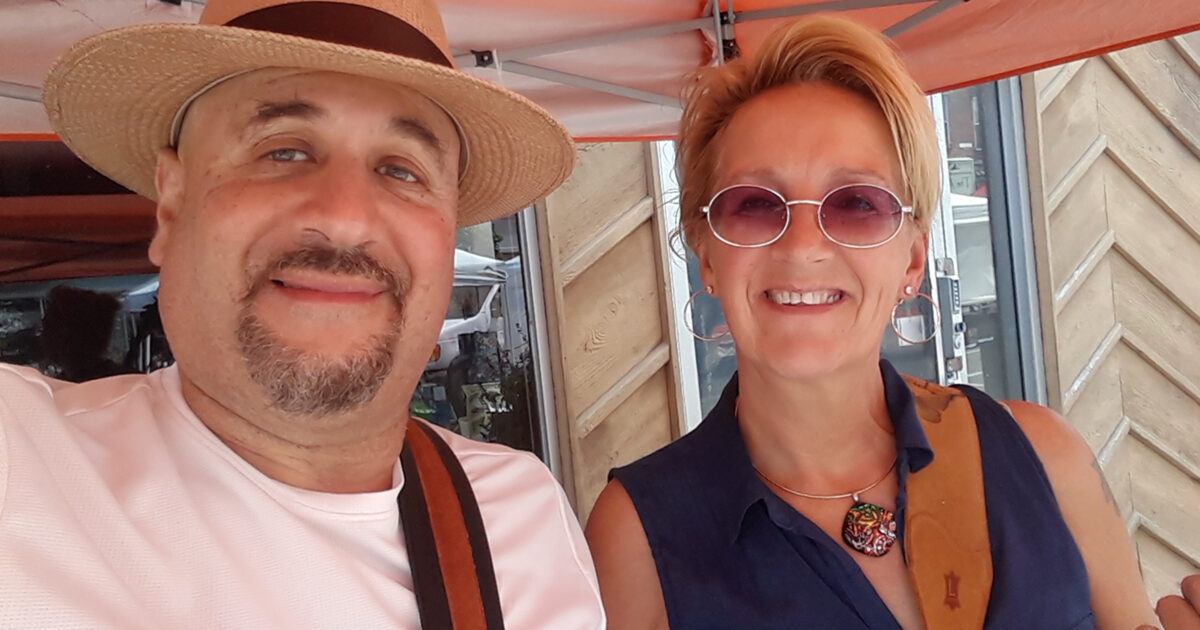 Cleveland guitar veteran Victor Samalot draws on his Latin roots to fuse timeless Latin grooves with jazz stylings, topped off with a rock edge that appeals to fusion fans and music lovers alike. After the permanent hiatus of his jazz rock fusion group Rare Blend, Samalot kicked off a solo project in 2010 that has resulted in five albums with rave reviews both regionally and worldwide. His current set consists of original music, his take on covers, and irresistible improvisations. Samalot is joined for this performance by multi-instrumentalist, vocalist, and Rare Blend co-founder Bobbi Holt, also of Cleveland. She returns to the stage with her longtime collaborator, supplementing Samalot’s organic rhythmic vibe with her bass. Experience the duo live at A2SF this summer.