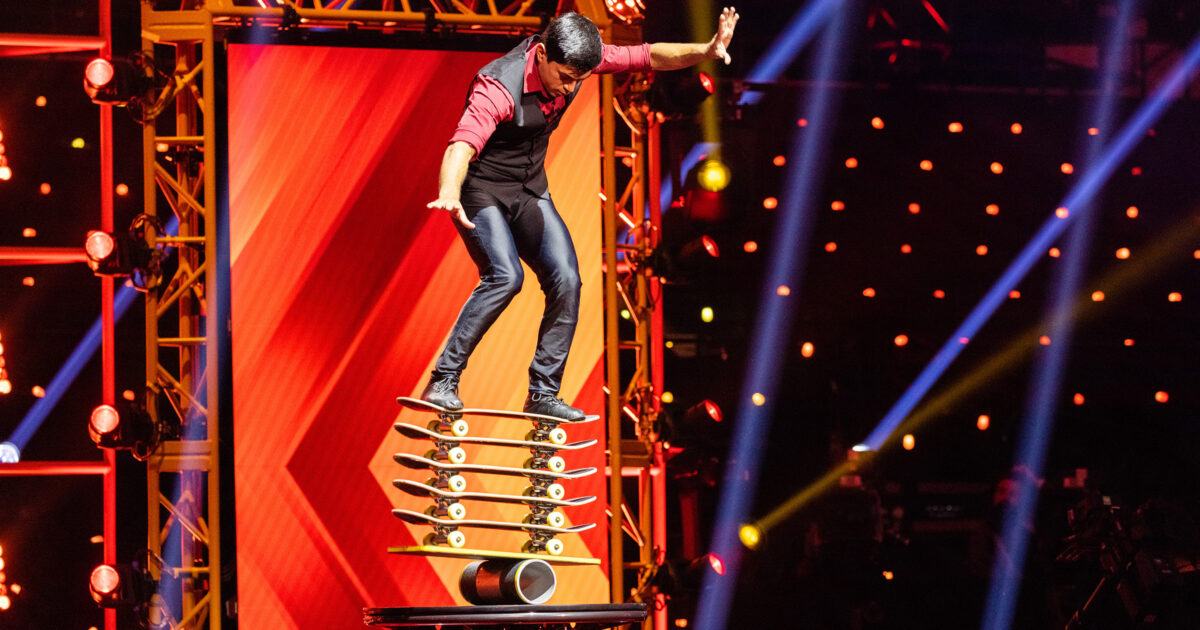 Hold your breath as renowned circus performer Jonathan Rinny displays his mastery of Rolla Bolla at Top of the Park, considered to be one of the most difficult and dangerous circus acts to master. Watch in awe as Rinny balances on stacked cylinders and rollers 5-15 feet off the ground. You won’t want to miss this!

About Jonathan Rinny: Jonathan has been performing since the age of five. He began clowning as a child in a family-owned circus in Argentina. He then spent his teenage performance career as part of his family’s troupe entertaining in Brazil, Uruguay, Mexico, and the majority of South America.

Since then, he has been featured in renowned circuses, fairs, festivals, variety productions, and TV shows Around the world such as America’s Got Talent, Festival Elefant d’Or in Girona Spain and Half time performances for the NBA. Now 30 years old, he is an established Rolla Bolla artist, Unicyclist, and Juggler, touring 48 of the United States with his wife, Caroline.