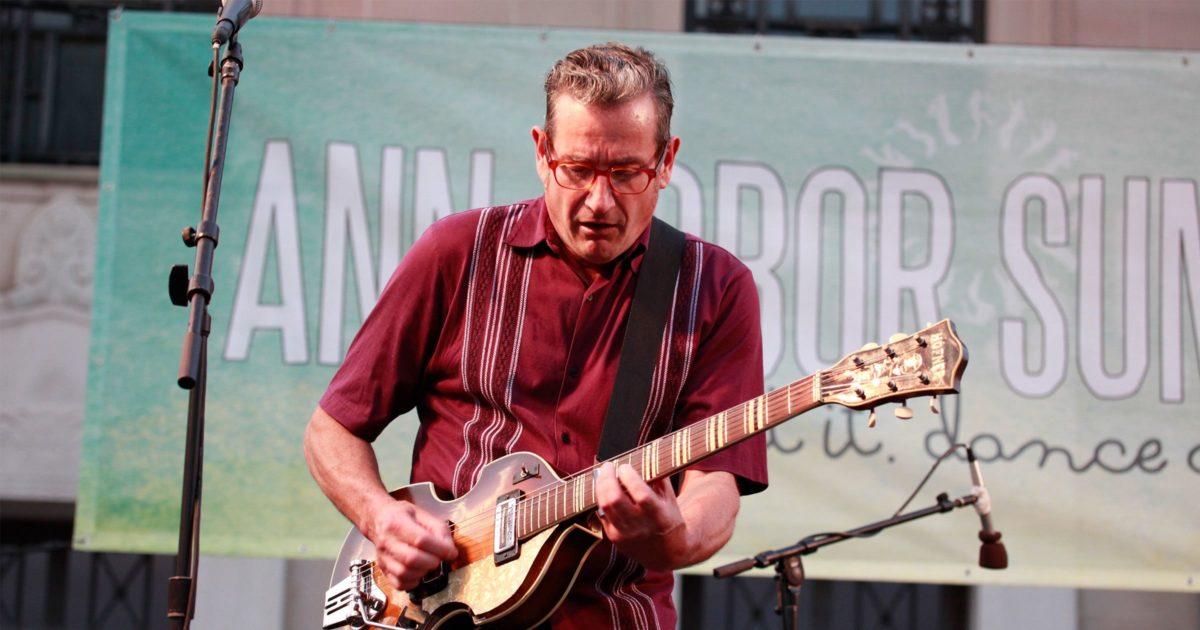 City: Ann Arbor; exact location will be visible after submitting the RSVP form.

A founding member of the Silvertones, George Bedard formed the first version of the Kingpins in 1984. Their debut CD won the “Best Blues CD of the Year” award. He has closed the Ann Arbor Summer Festival (A2SF) for more than 25 years and headlined festivals and clubs from St. Louis to Barcelona. In 2014 he and the Kingpins toured Honduras as part of the U. S. State Department’s Arts Envoy program.

Bedard has backed such luminaries as Johnnie Johnson, Muddy Waters, Bonnie Raitt, Big Joe Turner, Earl King, Eddie Taylor, Koko Taylor, Johnny Adams, and Kim Wilson. As the house guitarist on the Cincinnati Blues Festival’s Arches stage, he has accompanied dozens of blues, jazz, and boogie pianists from all over the world.