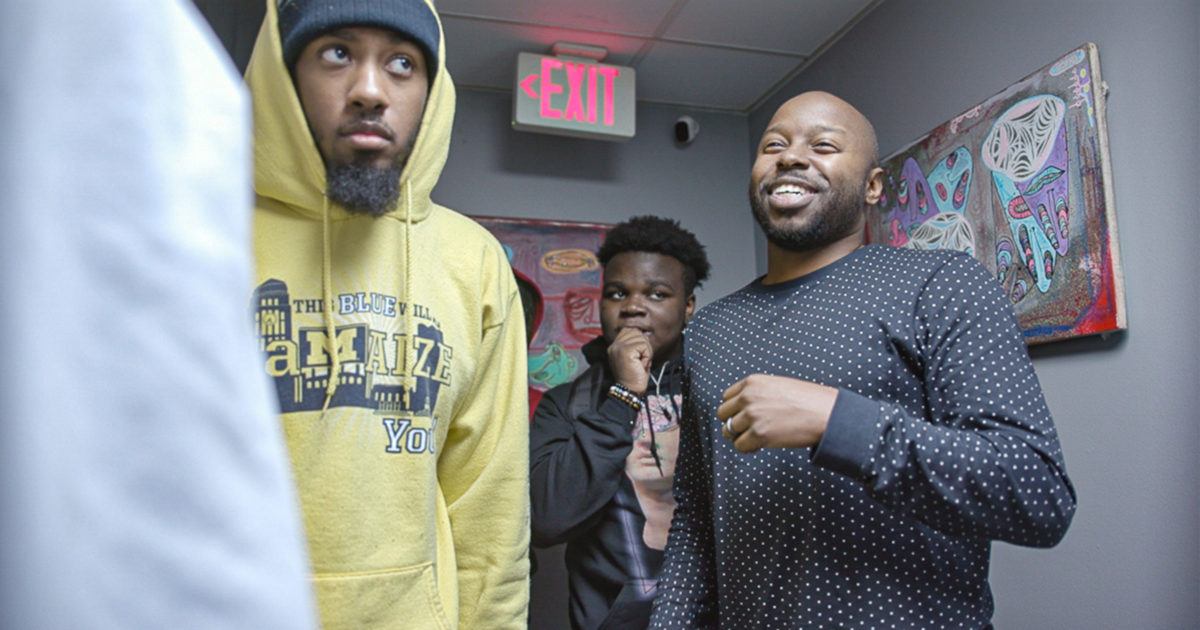 The purpose of the Formula 734 project is to provide amplification for the authentic voices of local men of color, encouraging them to express themselves while thinking critically about their ideas and emotions. The Washtenaw County My Brother’s Keeper Formula 734 team leaders created an original artist development and education pilot program to fill a community need. The program creators identified male hip-hop artists, producers, and engineers of color throughout Washtenaw County to engage in the Formula 734 project, which involves informational sessions, career building, professional development, community service, industry mentors, and professional recording of their music. From November 2019 through February 2020, Formula 734 meetings and recording sessions occurred every two weeks and always started with a meal and a “huddle.” The huddle concept was developed and fine-tuned to build trust and a sense of teamwork and camaraderie amongst the participants. As discussions unfolded during the huddles, it became quickly apparent that these men felt enriched, energized and inspired to create thought-provoking music together.