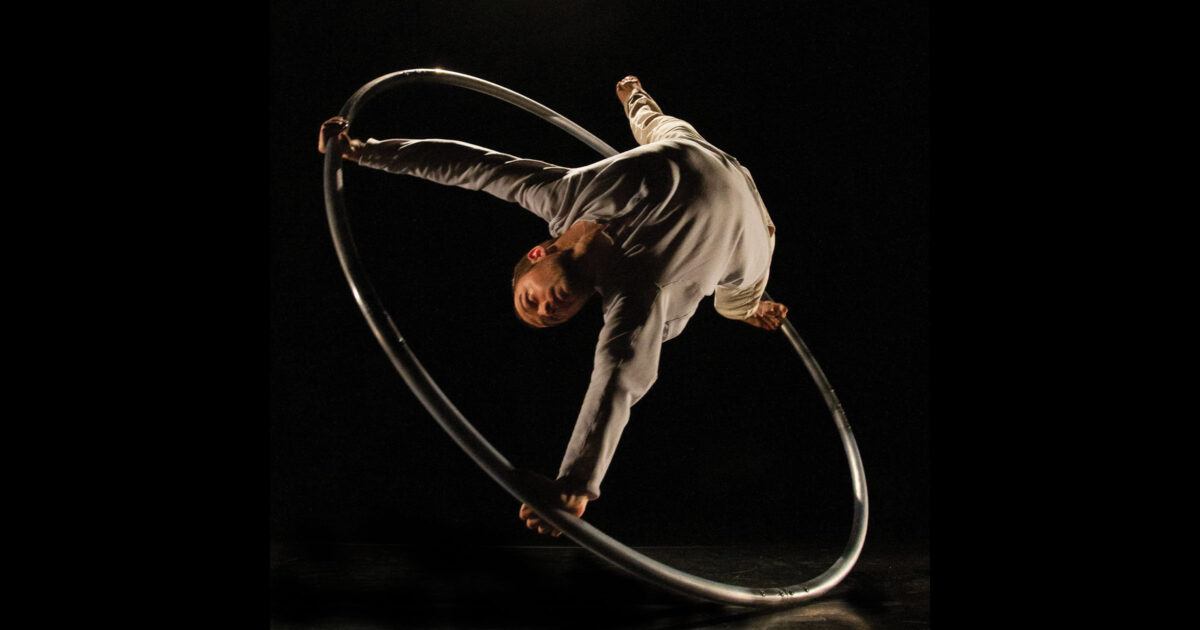 World Champion circus performer Bobby Cookson’s Simple is a 15 minute circus arts performance about the inherent complexity in the concept of simplicity, along with the softness and power of circus technique. With one simple wheel and three juggling clubs, thousands of possibilities emerge in the center of Ingalls Mall adjacent to the Michigan League.

About Bobby Cookson: Born in Atlanta, GA, Bobby Cookson never would have imagined a circus life as his future.  He graduated from Georgia Institute of Technology in 2016 with a mechanical engineering bachelor’s degree. His circus journey began in his last year of high school where he found a circus program in the theater department. It was there that he began cyr wheel, and the rest is history.

Bobby first performed on an international stage at age 18, and went on to become the 5-time US Cyr Wheel National Champion. He graduated from the National Circus School of Montreal in 2020, specializing in cyr wheel and working with other disciplines. After school, he became a co-founder of the collective La Quadrature and has worked with Cirque Eloize and Les 7 Doigts de la Main.