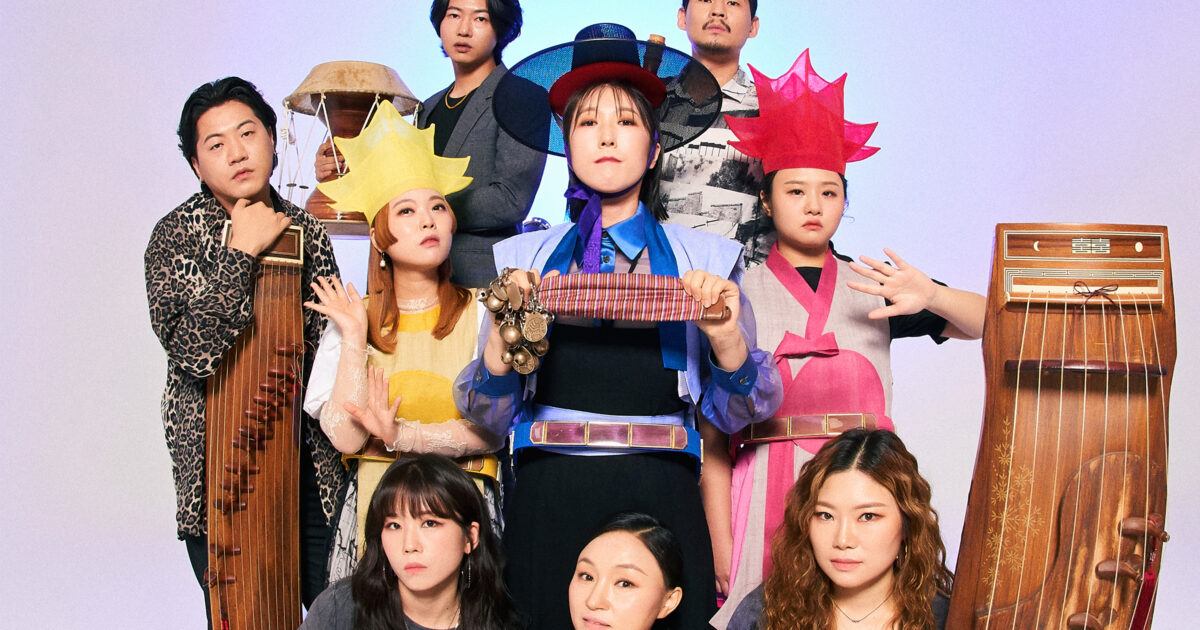 Award-winning traditional Korean music revivalists Ak Dan Gwang Chil (ADG7) bring their sensational contemporary folk-pop repertoire to A2SF this summer. The group has honed their sound since 2015, a rich blend of Korea’s sacred, shamanic ritual music and beloved folk songs of Hwanghae Province in the northern reaches of the Peninsula. ADG7 pairs the powerhouse vocals of folk singers Hong Ok, Myeong Wol, and Yoo Wol with the musical stylings of the traditional folk instruments played by the band: Kim Yak Dae on the bamboo flute known as the daegeum; Lee Man Wol on the piri, a double reed instrument, and saenghwang, a free reed mouth organ; Grace Park on the ajaeng, a string instrument; Won Meon Dong Maru on the traditional Korean plucked zither known as the gayageum, and both Chun Gung Dal and Sunwoo Barabarabarabam on percussion. By reconnecting with and reimagining shared Korean cultural roots, ADG7 expresses the true meaning of liberation and the desire for unification – a thrilling experience audiences won’t want to miss!

This project is funded in part by Michigan Humanities, an affiliate of the National Endowment for the Humanities, and the Michigan Arts and Culture Council.